Air travel has long been an essential mode of transportation for Alaskan towns, and Valdez is no exception, being home to pioneer bush pilots such as Bob Reeve, Owen Meals, and Bill Egan. From the 1920s onward, aviators allowed remote communities sustained access to the outside world, and provided transport for miners, hunters, and others to previously-unreachable locations. Through the Valdez Museum’s interactive map, visitors will learn about the heyday of the Alaskan bush pilot as seen through the exiting stories of the pilots who made their name daring to do what no one else would. Learn about iconic aircraft such as the Alexander Eaglerock, Fairchild, Curtiss, and Aeronca. The story of aviation in Valdez from 1964 until today, emphasizing current airlines, the May Day Fly-In, and the significance of tourism to the area is also highlighted. The exhibit also features displays of the equipment indispensable to the Valdez flyboys, and a full-sized mannequin dressed as a bush pilot, decked out in the authentic gear worn by Owen Meals and Robert Campbell Reeve. 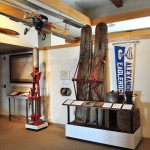 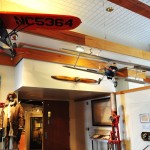 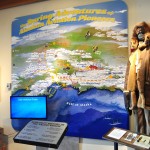