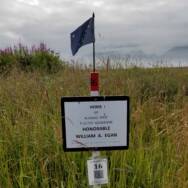 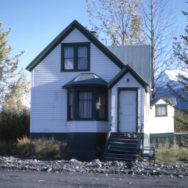 William A. Egan served as the first governor of Alaska at the time of the 1964 earthquake. He and his wife Neva resided in Juneau and rented the Broadway house to the Growdens. It did not relocate to the new town site.

Governor Egan grew up nearby in his childhood home located at 5th and Alaska Avenues. He resided there with his widowed mother and seven siblings. His brother “Truck,” owner of The Pinzon Bar in Old Town, moved this family home to new Valdez after the earthquake and operated the Pinzon Liquor Store out of its front. He installed a walk-in cooler, still visible in its framework. The house is presently the Northwind Gift Shop.