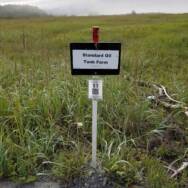 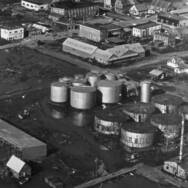 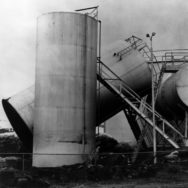 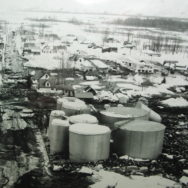 During the 1964 Earthquake oil from broken piping external to the Standard Oil tanks leached out into the water, ignited and floated, creating a dangerous fiery surface. The nearby Union Oil storage containers caught fire and later exploded. Smoke from the fires darkened the sky for days.

A third set of tanks situated between the two farms held asphalt kept molten with steam-fired boilers. Owned by the state, it was used to surface highway miles and airport runways. It was scheduled to be applied to Valdez street surfaces, paving thirty downtown blocks in the summer of 1964.