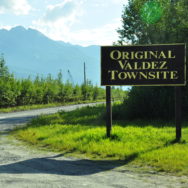 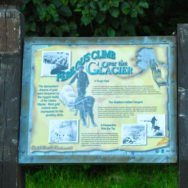 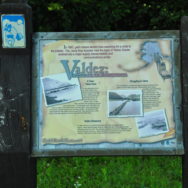 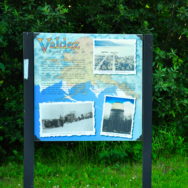 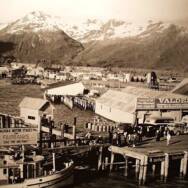 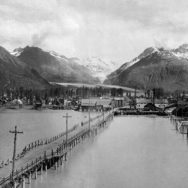 1. Interpretive Panels: A pull-out with signage about historical Valdez

The intersection of Alaska Avenue and Richardson Highway signifies the main route into the original Valdez town site and beginning of the walking tour. Little remains in evidence of the town after the 1964 Earthquake, the second largest recorded in history at 9.2. Stops along the tour were chosen for ease of access and to help bring the story of this community to life.

With the onset of the 1898 Gold Rush and arrival of prospectors to Port Valdez, it became the gateway to the Interior and ultimately an important hub for the shipment of the mail and goods and services to remote regions. It remains the northernmost ice-free port in North America situated at the very beginning of the Richardson Highway and the terminus of the Trans-Alaska Pipeline.

Old Town was not destroyed during the earthquake and resulting local tsunami, but remained home to residents for three years thereafter while a new town site was prepared for habitation. Those structures not relocated to New Valdez were destroyed along with street signs and markers. The controlled burning of the town occurred three years after the earthquake. For most locals the 1967 fires and razing of their town and homes was a somber affair. Few watched.