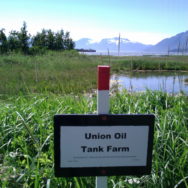 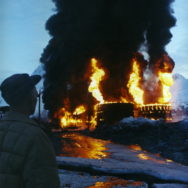 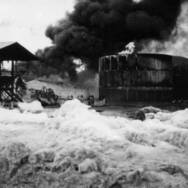 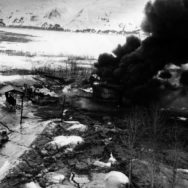 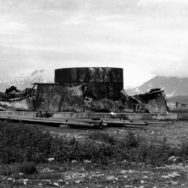 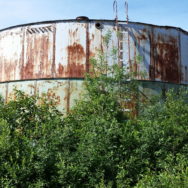 Union Oil’s steel riveted tanks stored gas and home fuel oil. Unlike the welded containers comprising the nearby Standard Oil Company yard, Union’s tanks ruptured during the 1964 Earthquake. Gasoline housed within, caught fire and burned first, creating space in the tanks that then filled with oxygen and combusted. All but one of the tanks exploded. The cause of the rupture goes unexplained, evidence obscured by the explosions and fires.

The surviving tank, now converted into a storage shed, sits at Mark’s Repair on the Richardson Highway near the eastern boundary of Old Town.