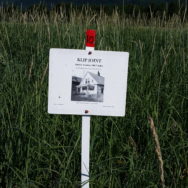 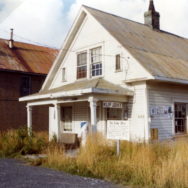 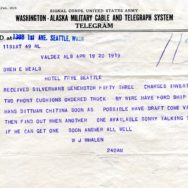 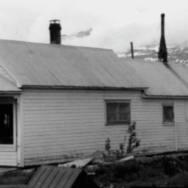 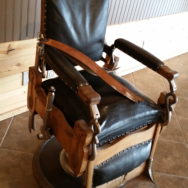 In the early 1960s, this was the only barber shop in town, run by proprietor Ethel McDougald Rhoden. During the 1964 Earthquake, Rhoden cut short client Jerry Bellezza’s time in her barber’s chair, now on display at the Valdez City Visitor’s Bureau. Rhoden added a rear room as a play area for her two children.

The Klip Joint was originally a cable office and home to the Alaska Communication System. An overland telegraph line ran north from Valdez to Eagle and branched west to Fairbanks and Tanana, following a similar route to the Interior as the Richardson Highway.

The Klip Joint did not relocate to the new town site.